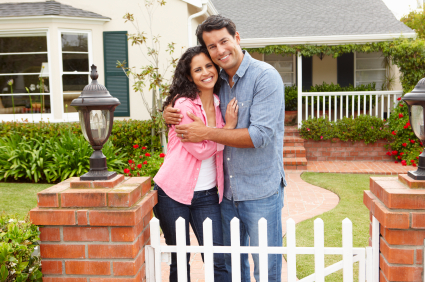 A recent announcement from the FHA (Federal Housing Administration) signals real improvement in the national real estate and mortgage economy. Current secretary of US Housing and Urban Development, Julian Castor announced that FHA would be reducing the annual premiums charged to FHA borrowers by 1/4%. This change is expected to save future FHA buyers as much as $500/year. With interest rates projected to climb in 2017, all areas of Marion, Sumter and Alachua counties showing an increase in home values in 2016, and this new FHA reduction in mortgage cost (effective January 27, 2017), there really has never been a better time to buy a home. Add to that the increase in rental rates and it looks like 2017 could be a very good year for our real estate in Central Florida!

FHA’s Mutual Mortgage Insurance Fund (MMIF) has experienced 4 years of growth, and has gained $44 billion in value since 2012. According to an independent actuarial analysis, in 2016 alone the MMI Fund’s capital ratio grew by $3.8 billion, and now covers 2.32% of all FHA insured loans in place. This is the 2nd year that the FHA reserve fund has exceeded the required amount of 2%. Secretary Castro said this premium reduction reflects our current mortgage risk and will help consumers who are facing higher interest rates. “After four straight years of growth and with sufficient reserves on hand to meet future claims, it’s time for FHA to pass along some modest savings to working families,” said Secretary Castro. “This is a fiscally responsible measure to price our mortgage insurance in a way that protects our insurance fund while preserving the dream of homeownership for credit-qualified borrowers.”

Principal Deputy Assistant Secretary for HUD’s Office of Housing, Ed Golding added, “We’ve carefully weighed the risks associated with lower premiums with our historic mission to provide safe and sustainable mortgage financing to responsible homebuyers. Homeownership is the way most middle class Americans build wealth and achieve financial security for themselves and their families. This conservative reduction in our premium rates is an appropriate measure to support them on their path to the American dream.”

As a result of the national housing crisis and the resulting foreclosures, FHA has increased its premium cost several times in an attempt to stabilize the health of its MMI Fund which is designed to insure against foreclosure. Since 2010 alone, FHA has been forced to raise annual premiums 150% which is the primary reason capital reserves in this fund are now sufficient. The negative effect is that with increased costs, fewer buyers with limited income have been able to qualify. This announcement returns the FHA annual premium to close to its pre-housing-crisis level, and opens the door for borrowers who may have been unable to qualify before. As a result, this reduction is expected to significantly expand access to mortgage credit for these families, lowering the cost of housing for the approximately 1 million households who are projected to purchase a home or refinance their mortgages using FHA-insured financing in 2017.

For more information about FHA Financing or other Low Money Down Options, like USDA Financing contact Landmark Mortgage Planners in your area today for a free consultation.

You can read the full release from HUD here: portal.hud.gov/hudportal/HUD?src=/press/press_releases_media_advisories/2017/HUDNo_17-003